MOBA games are popular now, due to their inexhaustibility and the vibes they bring. Like mankind loved sports along the history, so it does now with Multiplayer online battle arenas that can also be considered a cybersport. The first mobile game to obtain this honorable status is just Vainglory, now with 5v5 mode available.

Most MOBA games are rich in graphics, but Vainglory outshines most of them. Colorful pseudo-3D is detailed, characters, turrets and minions move and shoot naturally, and spell animation is majestic. The mobile version requires about 2 GB of space, and no byte of these seems wasted.

How about 120 Hz refresh rate? If your device supports it (like Razer Phone, Sharp Aquos, or iPhone X), you will appreciate the smoothness. But even old smartphones (at least of 2015) must offer enough performance to run it.

An arena game only requires some plot as a reason to fight the opponent. Dumas’ musketeer once said “I am going to fight, because I am going to fight!”, and that’s the right motto for any MOBA. In this game, as you start learning, you get no explanation who you are to fight and for what reason, but you’ll have the complete instructions on how to fight.

It’s all simple. You may tap on the enemies to hit them directly, or use spells on them. Depending on your role, you can also support your party with a kind of assisting spell, or heal yourself with a potion, All the spells and potions get inactive after usage and require time to recover.

The battle doesn’t linger, yet, it’s right here as you start. After a brief learning (that’s quite enough due to controls simplicity), you’re ready to fight on your own. Or rather with a party you select. There are various modes like 3v3, 5v5, Battle Royale (no MOBA can do without it in 2018) and so on. As your team encounters the enemy team, both teams are supported by minions generated automatically every 30 seconds.

As your hero participates in battle, he or she gets rewarded with gold and experience. You can buy items to make your hero stronger constantly or for once. There are also Talents that can be exchanged for Glory points.

So, as we see, it’s a typical MOBA, and the question is about how it’s done. And it’s done at the highest quality. And… Didn’t you forget about the reasons? If they matter, you can explore the Vainglory Lore, the legendarium of the game.

The publisher claims that Vainglory’s “precision controls put copycats into shame”. As you try it, you may see that the game is really one of the easiest MOBA games to control ever.

You just need to tap your destination to proceed there, tap your enemies to hit them, and tap spell buttons to apply them to the enemies around. Yes, it can be this simple, and it’s no fun-killer. You’ll have too many troubles to wish the controls were harder.

One of the best things about Vainglory is its selectable difficulty, depending on the hero you select. Some of them are easy to play and some are harder, due to stats balance. You may need to pay more attention to your health because it’s too low, or sacrifice attack points, or get less defense, and so on. But no here is quite useless or impossible to play: each has their own features.

Anyway, the game is easy to learn, but hard to master, especially if you’re lucky to have experienced advances opponents.

Multiplayer arenas (a.k.a. MOBA games) have been too numerous recently. While the idea is the same, the crucial factor is how it’s done. And there’s where Vainglory deserves all the praises. Neatly done, with easy controls while battling and complicating hero and skill system out of the battle, it’s simple and sophisticated at the same time. Various modes, heroes for different game styles, and perfect graphics make it still one of the best MOBA around. 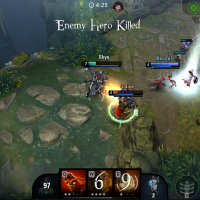 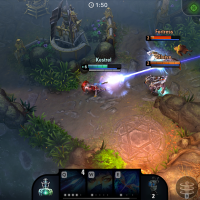 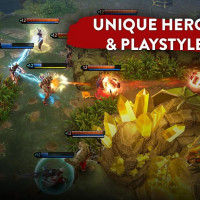 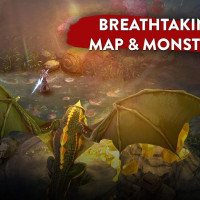 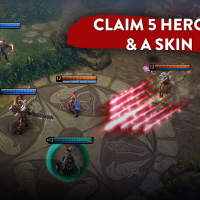 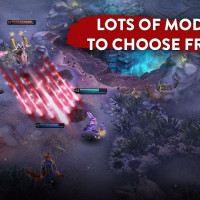