It seems like the typical “build castles and conquer empires” script has been heavily overused, and Clash of Lords 2: Guild Castle adds salt to the wound by doing little to deviate from this narrative. Not only that, the game is buggy and suffers from too many crashes, regardless of its cool features.

Guild Castle had the opportunity to do something distinct with the graphics but decided to stick to a well-trodden path. The 2D isometric perspectives are almost similar to every other mobile strategy game on the app stores. The design is however colorful but lacks enough depth or texture to make this game feel real. You can easily move around a limited open-world space and zoom in on certain features. The menus and action icons are neatly segregated and are not intrusive when you are playing. You might be inundated with numerous requests for upgrades, but thankfully, there aren’t mid-game trailers to distract you from playing.

The soundtrack is laid-back and quite appropriate for a strategy-and-build game as it eases you into the mood.

Like most other scripts of strategy MMOs, Guild Castle pits you as an overlord against other AI and human warlords for ultimate control of the land. In this fantasy world, you are supposed to train your epic heroes and get into several game modes such as guild clashes in PvP or PvE environments. You can hire mercenaries, train heroes and go on the offensive or defensive depending on your strategy. You may level up your heroes and go on side quests which allow you to gain crucial XP.

You should build up infrastructures like research centers, barracks and other buildings and utilities that allow your troops to thrive. Improving your defenses while maintaining an offensive strategy is also key to success. As you can see, this is a script that has been repeated for most mobile strategy MMOs, and Guild Castle does little differently in this respect.

The controls are mostly based on tapping and dragging or swiping if you want to position or move your units. There are plenty of menus and on-screen prompts to interact with, although the tutorial looks disorganized when it comes to showing you around. Occasionally, the controls freeze and you might end up carrying out the wrong action.

The game is easy in the first few levels, but at some point, you need to have paid characters to progress. If you don’t purchase gems and upgrades, you are almost destined to fail. Overall, teamwork and strategy are the two essential ingredients for success, and once you have understood the various traits of your opponents, you can adapt your plan accordingly.

Guild Castle doesn’t strive to do anything differently from its predecessors. The script reads the same, and there is no incentive to play other than keeping your kingdom from being raided. It is fun and to some level addictive, but lately the game has been suffering from numerous glitches and increased requests to make upgrades or purchases. 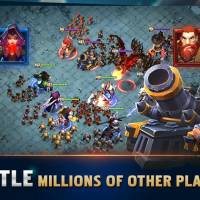 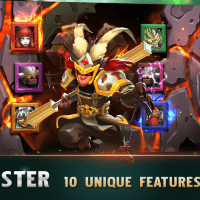 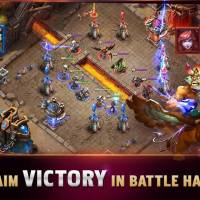 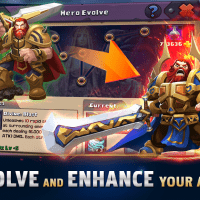 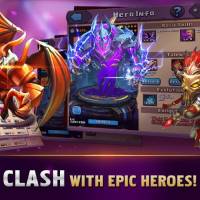 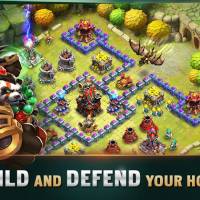